Here’s a super-secret photo of the 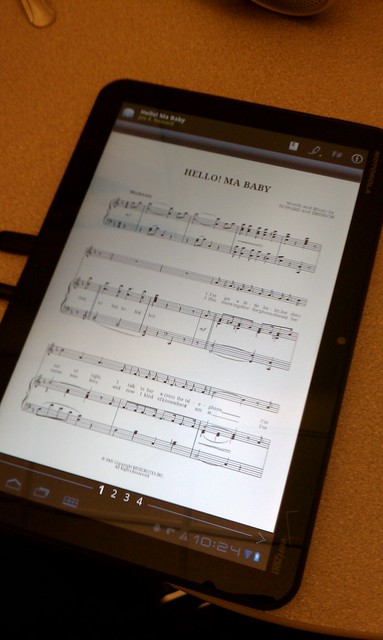 upcoming Musicnotes.com Android app. Development is coming along very nicely so far. Still a few months out, but with the technology that this is being programmed in (and due to less restrictions than Apple has), this is going to be a very cool app. Dare I say, cooler than our iPad app.

In related news, I picked up a Xoom tablet for myself over the weekend. Needs more apps, but actually am really digging it. Since the wife has the iPad with her and she’s on vacation, I’m forced to use my new Xoom and after a few days I’ve really gotten attached to it.  But like I said, people seriously need to start developing more apps for Android.

This site uses Akismet to reduce spam. Learn how your comment data is processed.

Buy My Books and Stories

Support Me on Ko-Fi

The Book of Moon
by George Crowder
tagged: currently-reading

Creative Confidence: Unleashing the Creative Potential Within Us All
by Tom Kelley
tagged: currently-reading

The Boy on the Bridge
by M.R. Carey
tagged: currently-reading